On really slow days this is what I threaten my employees with.

It has sort of become a running joke but someday I think I will follow through on this. Someday… 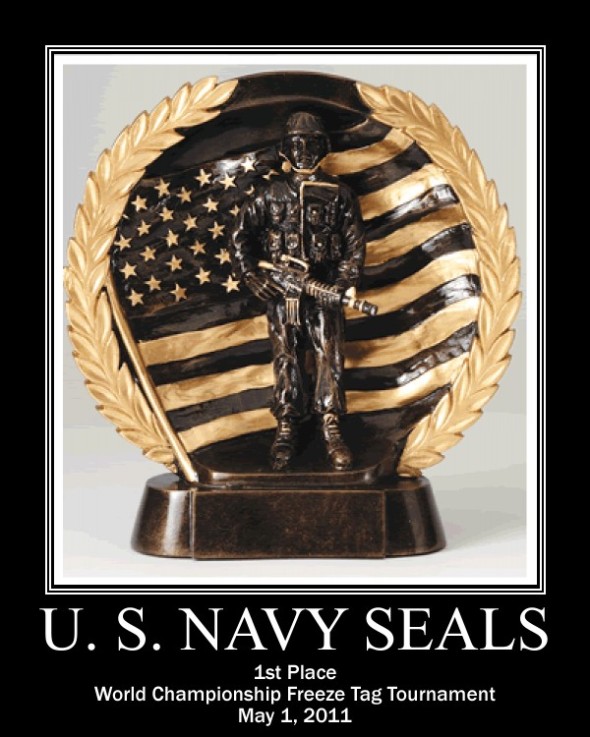 When you play for keeps, there is no second place trophy. 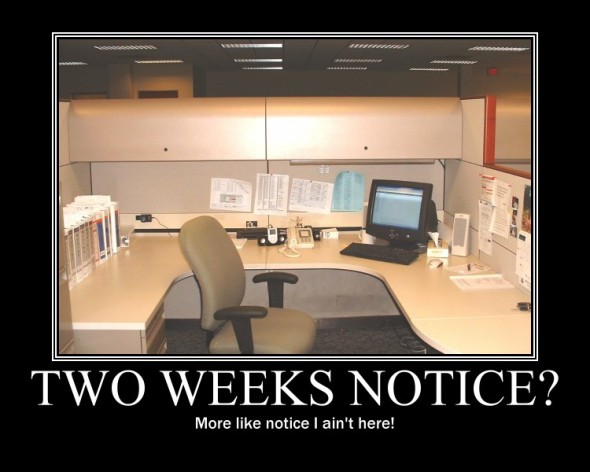 No, I didn’t quit my job, but I was inspired by someone who just did (and good for her)!

My alternate caption is, Motivation: He has it. 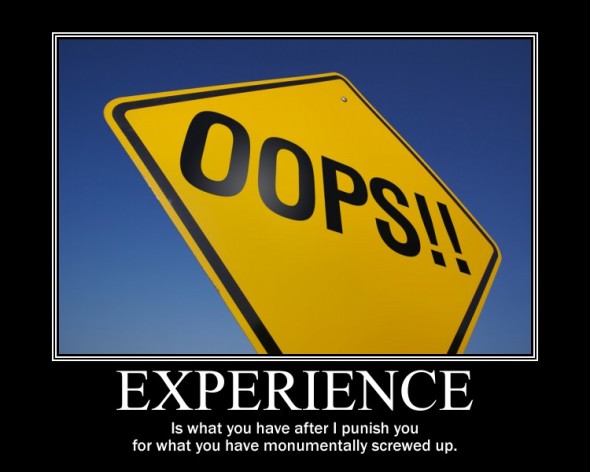 My own wireless router is now called “DEA Surveillance Network”.

This is kind of part 2 for last week’s (De)Motivational Poster (see left) where the boss has a chain-gang kind of mentality. I’m not that kind of boss, but I couldn’t help but imagine the response the guys working for me would have if I were, which is probably a lot like the poster above.

Photo credit goes to Enganacious. I was looking mainly for pictures of large bolt-cutters to play the part of Mr. Pinchy, but honestly, that smirk is what makes the poster come out so well. Thanks so much! 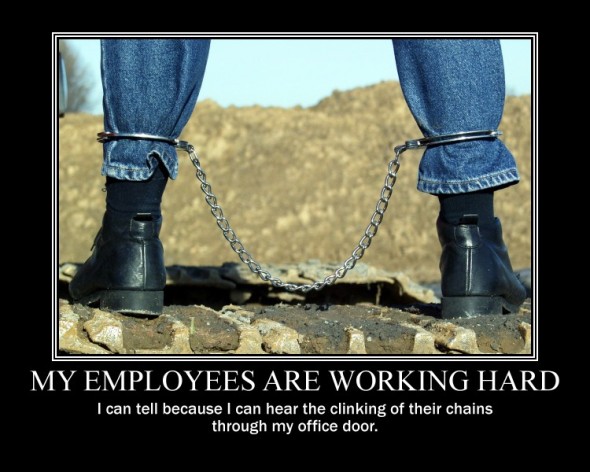 Thanks for the idea Brian!

(De)Motivational Posters: Note to Self

The picture featured in this poster, discovered and photographed by an alert IT installer working on a computer network, inspired me to create multiple (De)Motivational Posters for this week’s installment.

This is such sage advice, such wisdom, that I decided to create a pair of companion posters in order to share it most effectively. There are two different looks for you to coordinate with your personal decorating sensibilities and workplace color scheme. 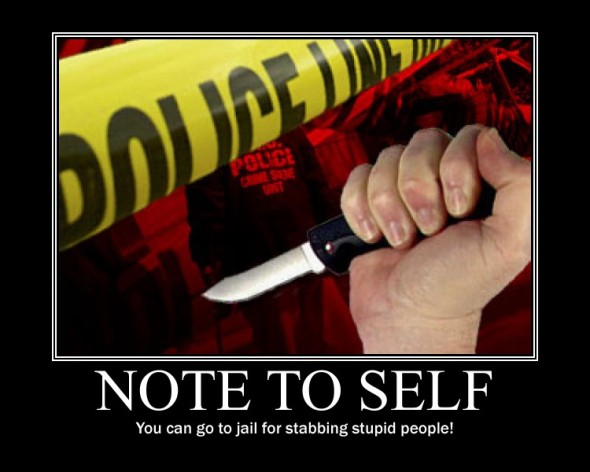 My motivation is severly lacking today. 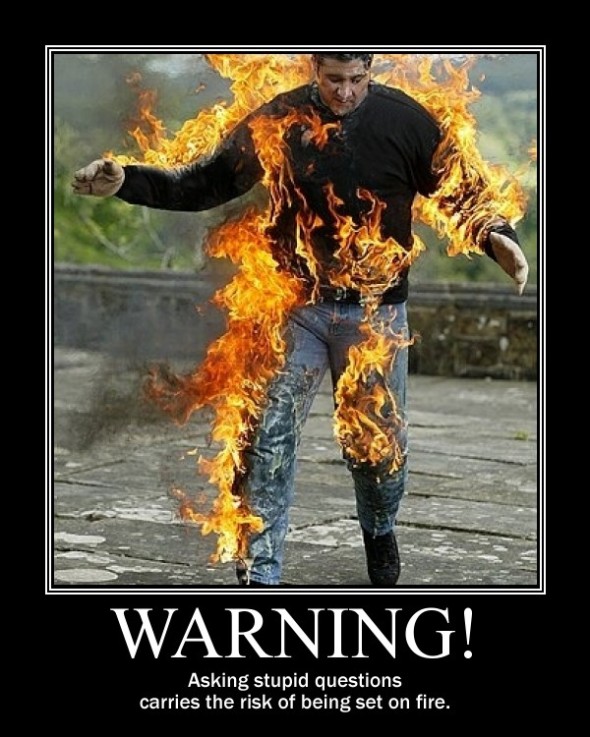 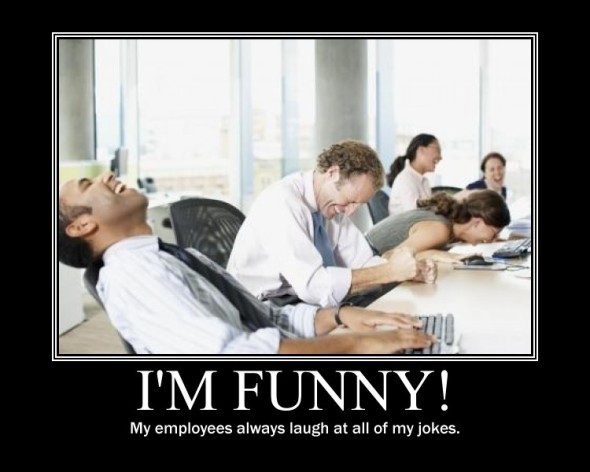 For the moment I’m just going to ignore the fact that I started making these little posters to, in some way, provide some amusement for my own employees. 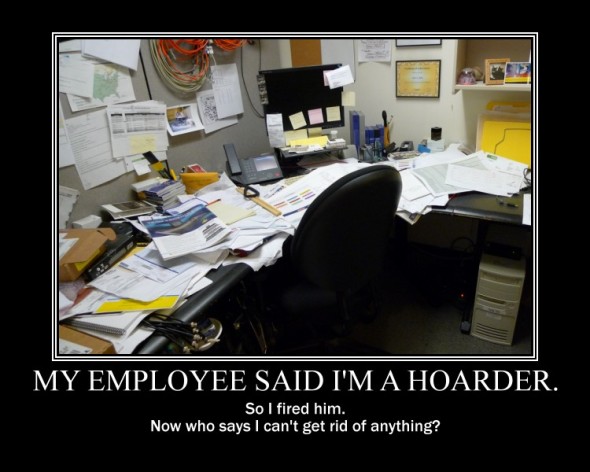 Diversion and Distraction of the Diorama Kind: USA vs. China

In what might be a peek into the military mind of the Chinese, the 8th China International Aviation and Aerospace Exhibition in Zhuhai has an exhibit of the integrated battlefield presented as an impressively detailed diorama that reveals Chinese knowledge of secret American capabilities and may tip China’s hand about their own super-secret military projects.

The Chinese have obviously been paying attention to the U.S. interest in improving our littoral capabilities. By the looks of this the Chinese have discovered out willingness to use a Carrier Battle Group in a littoral role as long as it is accompanied by an Iowa class battleship (though honestly I’ve heard stranger ideas come out of the Pentagon). There also seems to be an interesting mix of aircraft on that flattop.

It also seems that the Chinese penetration of our secret military mad-science labs is far-reaching for they have apparently discovered our formerly closely held Freeze Ray capability.

They also seem to be privy to the latest in our Air Force air combat tactics and capabilities. No, those two F-22s aren’t about to have a mid-air collision. The fighter on the right is actually flying backwards. This revolutionary formation enabled by our amazing next-generation fighters (and possibly devised by John Boyd?) is known as Fully-Spherical Air Superiority or F-SAS. This is obviously necessary to prevent the destruction of the dirigible mounting the USAF’s formerly super-secret Freeze Ray.

All of these revelations seem to show Chinese knowledge about our capabilities, but what can we infer about improvements in Chinese tech? Honestly, I almost missed it the first time I looked, but sure enough, China is letting us know through this presentation that they have an ace-in-the-hole to deter any proposed U.S. invasion of the Chinese mainland. The Chinese military can now field the world’s first operational combat Mecha!

They cleverly tried to hide them behind those houses and trees, and tried to distract us with the SS-888 (Skyscraper) ballistic missile battery (last year’s news), but two, thirty to forty-foot tall, anthropoid Mecha are clearly visible. The one in the lower right-hand corner almost seamlessly blends into the woodland environment. The other, however, is oddly painted in a desert camouflage scheme. One might wonder if that also signals an increased Chinese military interest in the Middle East?